This year, the growing Prolocity family gathered for a virtual holiday party filled with entertainment and surprises. A few members from our team (read: The Prolocity Elves) collaborated on an elaborate skit-based event, inspired by the comedy of Saturday Night Live. With a final proofed script in hand, co-hosts, and video skits in the queue, the team enjoyed a night filled with smiles and fellowship! 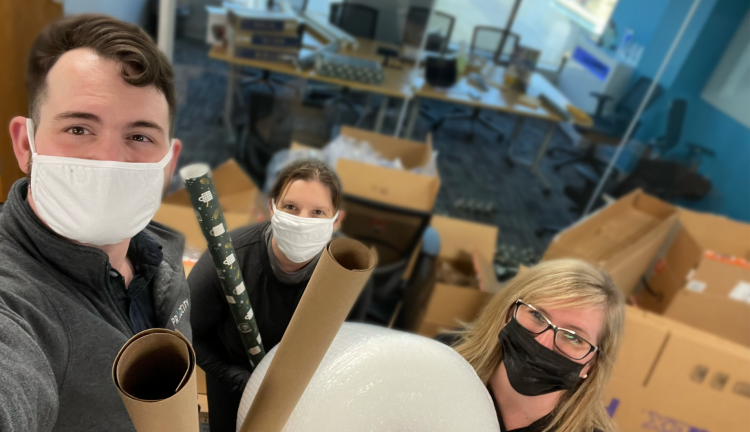 The Prolocity Elves shipped gifts to team members in 12 states. Of the 172 individually wrapped items, they weighed in at a total of 440 lbs! The presents were shipped and/or hand-delivered to our team. The furthest gift shipped went 2,361 miles away to the San Francisco area whereas the closest gift delivered was 2.1 miles from our HQ near downtown Cincinnati. 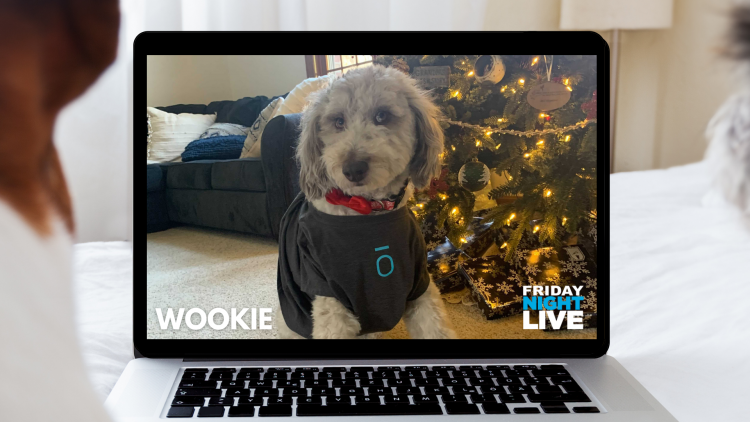 During our 90 minutes of fun together, multiple skits were written out and produced with a focus on getting to know our amazing team even better. One of the most popular skits was naming "Prolocity’s Next Mascot." Team members submitted tons of photos and videos of their beloved pets that all went head to head to be crowned with the title of  "The Prolocity Mascot." Following the voting during our breakout sessions, with a landslide of votes was the one and half year old Aussiedoodle named Wookie.  Congratulations, Wookie!

The most engaging and hilarious skit came to life after we asked the parents on the team to ask their children a series of questions about what it is they think mommy or daddy does for work. The children and teens delivered some hilarious content. Prompted with questions like, "What is Salesforce?" or "What do you think Health Cloud is?" The responses were some serious knee slappers. One child on the team really summarised Health Cloud best by saying, "It's an organization about being healthy and surviving. " Another child was asked, what does mommy do for work. Their response was simple. "To make monies and give me food!"

Days following the party was a milestone birthday for one special person on our team – John, our Founder and CEO! Behind the scenes, the team came together during the holiday season, filled with the spirit of giving, and gave a surprise gift like no other! Growing up as a fan of the band Chicago, a special video montage of photos was put together and included images of being a baby in his grandmother's arms, to doting and playing with his grandchildren today. All set to the track, "Saturday In the Park", everyone got to see a piece of what he's done in his years on earth. Sitting next to his wife live on camera, his eyes were stunned to see the surprise gift the team had put together. Front pit seats to see Chicago perform live with backstage passes, on-stage pictures, and tons of VIP merchandise! This was easily the most fun skit to put together because it was all going to our fearless leader who has made an incredible impact on so many lives, including our own. 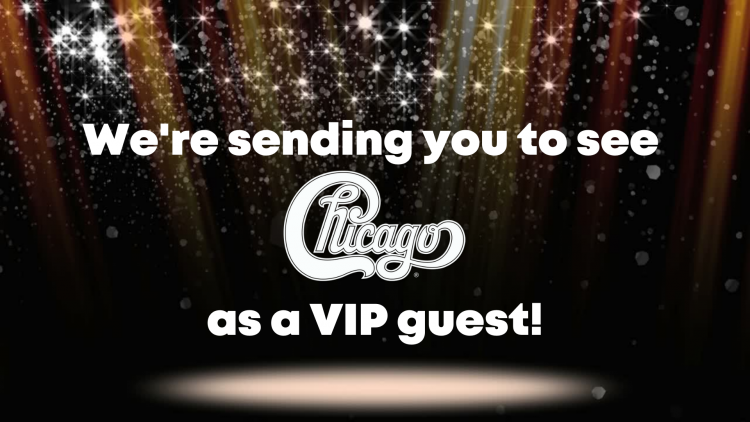